The 2,700 Solanaceae species have diverse habits but include some of our most popular foods, like potatoes, (shown here in bloom), tomatoes and eggplants, as well as toxic ones like belladonna. 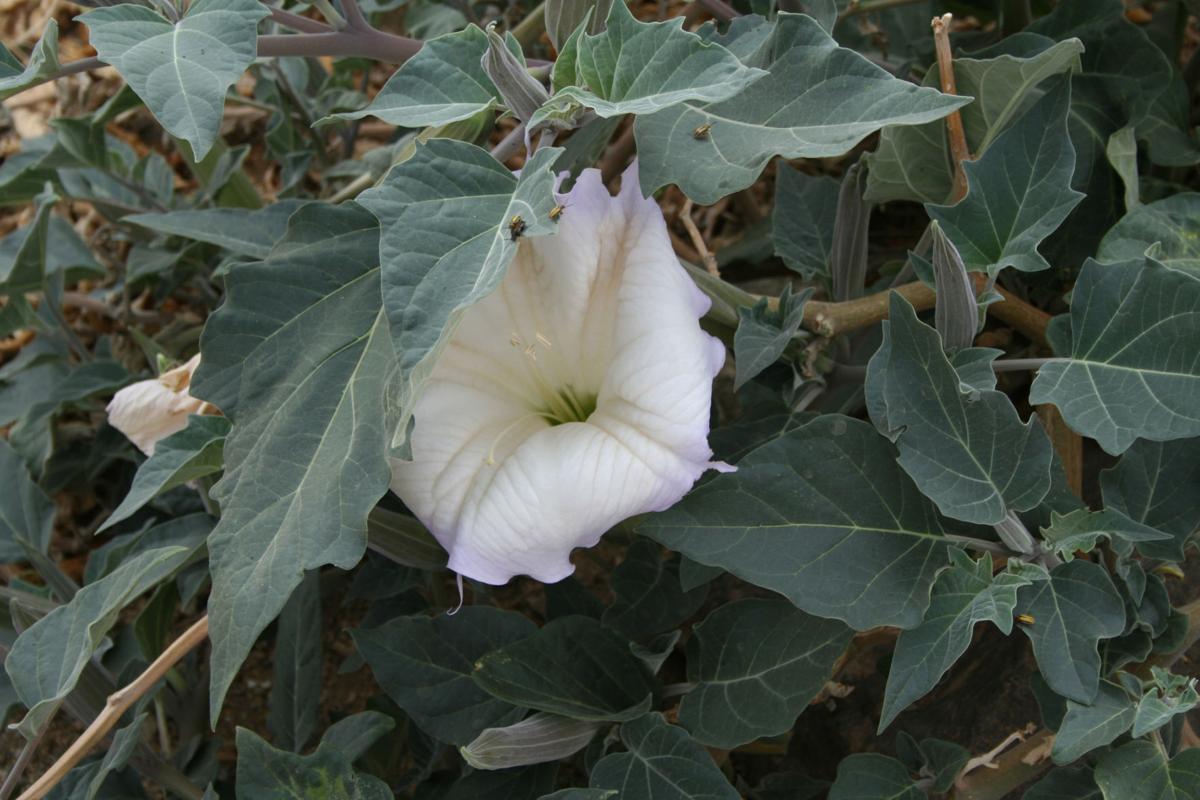 Jimson Weed is one member of the nightshade family best avoided. 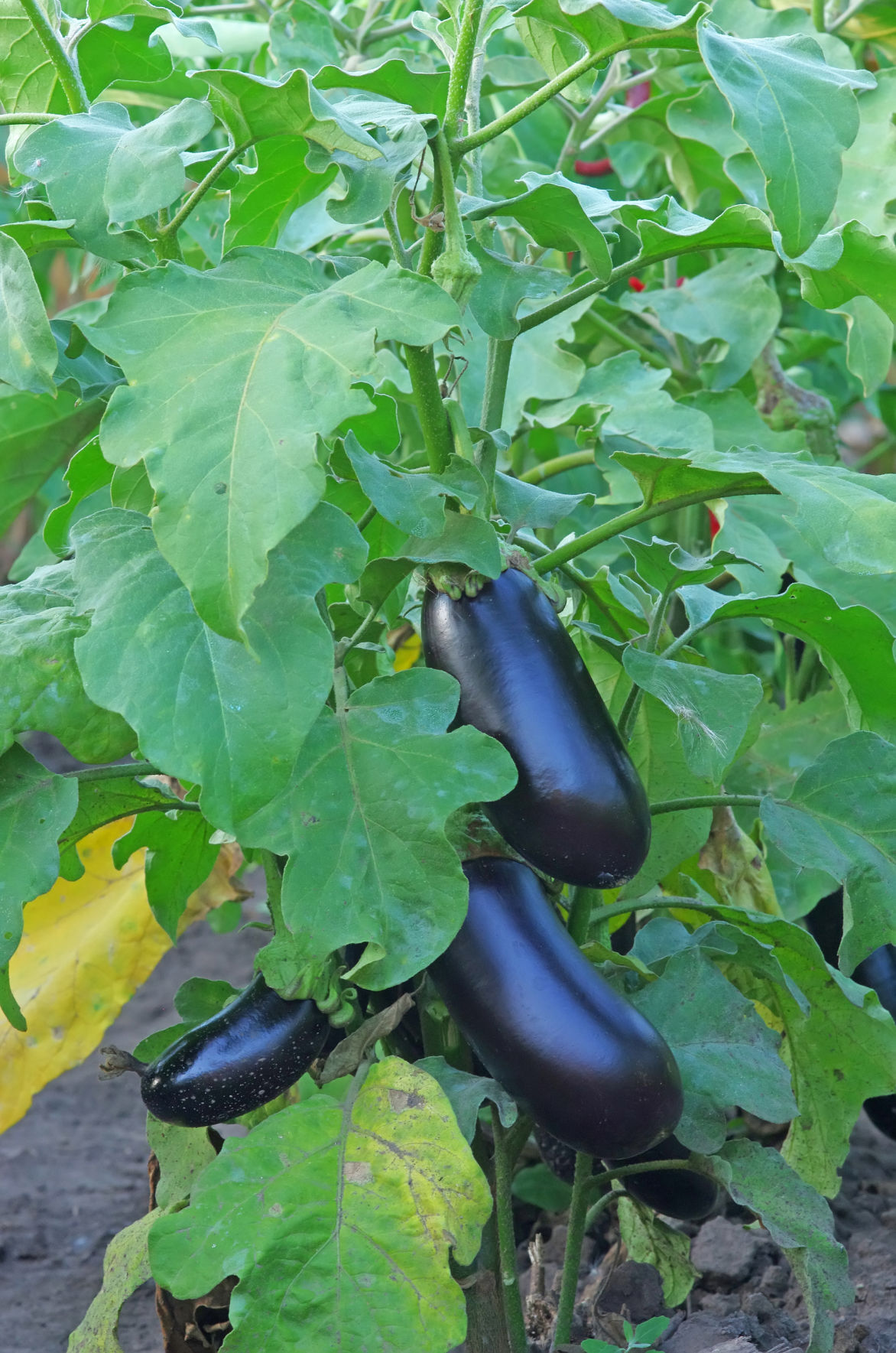 Eggplants are a member of the solanaceae or nightshade family.

The Solanaceae, or nightshade family, is a large one. Just as our own families can include the kindly grandma as well as the femme fatale, nightshade plants embrace favorite edibles such as potatoes, peppers, eggplants and tomatoes, while also claiming toxic plants such as tobacco, brugmansia, belladonna, and jimson weed.

The. 2,700 Solanaceae species have diverse habits, but they all produce solanine, an alkaloid toxin. In most foods, the solanine is present in such a small quantity that it is harmless.

Let us dispose of the second, more sinister, group first. These plants are attractive in the landscape and useful in attracting pollinators, but you don’t want to eat them. None of these toxic plants tastes good, so you would have to have a powerful thrill-seeking urge to consume them.

Even so, emergency rooms are familiar with jimson weed patients, who find the hallucinogenic plant in the wild. These unfortunate folks usually live to learn their lesson: leave foraging to the experts.

The name “nightshade” sounds dramatic, but some believe that the term arose because some nightshade flowers are particularly fragrant at night and some of the plants don’t mind the shade.

The other nightshades, the edibles, are easy to grow. The tomato (Solanum lycopersicum), brought to Europe from Mexico, was initially considered inedible because of its relationship to the deadly nightshade. When people finally realized that tomatoes were safe and tasty and not just ornamental, cultivation took off, and the tomato became synonymous with Mediterranean cooking. Most of the solanine is in the leaves and stems anyway. The tomato is botanically a fruit: it develops from a fertilized flower and has seeds inside.

What Happened to This Grow Wall? | Vertical Vegetable Garden

How to grow lovage – six top tips for this delicious herb

What Happened to This Grow Wall? | Vertical Vegetable Garden

Trees in the sky – a vertical forest in Milan: Stefano BOERI at TEDxTirana

The Vertical Farm: A Keystone Concept for the the Ecocity : Dickson Despommier at TEDxWarwick 2013